Pinkham Equine Veterinary Services provides an exceptional level of veterinary service to equine clients. By investing in modern equipment and drawing on a wide range of experience within the equine veterinary world, we aim to provide a service that is second to none.​ Our approach is to focus on clinical excellence and having the right team in place to maximise the potential of your horses. We work alongside clients’ farriers, physiotherapists and nutritionists to help you achieve your goals.

Our experienced team have broad experience from a number of the worlds leading equine hospitals. We provide high level, individual care to a wide variety of clients, from pleasure horses through to international sport horses. We service clients in the Dorset, Wiltshire and Hampshire area. Our key benefits include the following:

We have built the best team to help you achieve your goals.

We have significant of experience across the equine veterinary world.

We invest in modern equipment to help produce results that you can trust.

Pinkham Equine are an award-winning team of expert veterinary professionals, delivering the highest quality of service to a clients across the counties of Dorset, Wiltshire and Hampshire. Our team has extensive experience across both the thoroughbred and non-thoroughbred industries including the veterinary management of stud farms, racing yards and sports horse yards. Additionally, we can provide advanced equine reproductive services such as embryo transfer and barren mare investigations. We are renowned for our high level clinical work and a comprehensive tailored service for each individual client. Charlie graduated from Liverpool University in 2005. During his final year he was awarded scholarships to visit the Rood and Riddle Equine Hospital, Kentucky and a busy French lameness clinic near Paris.

Subsequently, he was awarded a Thouron Award to undertake an internship at the renowned New Bolton Center, University of Pennsylvania. Whilst there he spent time with both the equine surgery and medical teams as well as time in the neonatal intensive care unit. After an interesting year he went on to work at the Goulburn Valley Equine Hospital, one of Australia’s largest equine facilities.

He then started working for Greenwood Ellis and Partners, who built and established the Newmarket Equine Hospital. During his time there he worked on a number of large stud farms around Newmarket as well as working in racing and at the sales out of the stud season. In all he spent 5 years in all aspects of Newmarket life including a short stint riding out, organising the Newmarket Equine Hospital Discussion Group and assisting with the National Stud Education programme.

Whilst at the Newmarket Equine Hospital he undertook two periods working in Australia. The first included working with the renowned Australian vet, Alan Simson, who - having previously been the head vet for the Ellerston Polo Team for over 20 years - now runs one of Australia’s largest embryo transfer programmes. The second trip involved providing the veterinary management for a large private quarter horse farm. During one of the trips, Charlie spent time in Zimbabwe working for the AWARE Trust who do charitable work with working equids and run various valuable conservation projects.

Charlie moved to Sussex to work at the Arundel Equine Hospital in 2012 and set up Pinkham Equine Veterinary Services in 2014.

Charlie is the Racehorse Owners Association veterinary adviser, is a member of the BHA Veterinary Committee and sits on the steering committee for the University of Surrey Veterinary Pathology Centre. He is also an active member of NAMRIP (Network for Anti-Microbial Resistance and Infection Protection) based out of the University of Southampton. Lucy graduated from the University of Liverpool in 2007 and then spent four years in a mixed practice in Hay-on-Wye where she gained a broad based practical experience in all aspects of veterinary medicine.

In 2011, she moved to Australia and since then has shuttled between the northern and southern hemispheres working alternately for two world leading equine hospitals, the Newmarket Equine Hospital and Scone Equine Hospital. During this time, with primary responsibility for a number of large stud farms both thoroughbred and non thoroughbred, she has developed her skills, knowledge and interest in reproductive medicine and neonatal care.

As well as her extensive general experience Lucy has experience with a number of advanced breeding techniques including frozen semen AI and embryo transfer and recently spent the 2016 UK season working at Twemlows Stud Farm, Shropshire. 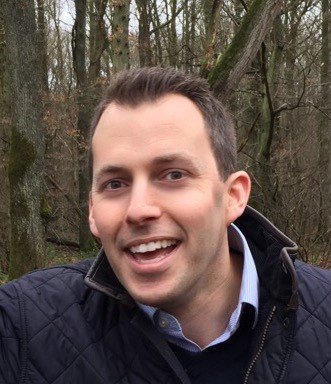 Leaving Newmarket he joined a large sports and leisure horse practice in Buckinghamshire, where in addition to gaining wider experience with sports horses, he also had responsibility for the care and maintenance of the Metropolitan Police Horses within Greater London. In 2010 Rich moved to B&W Equine in the Cotswolds to further his aim to become more involved in the Eventing world. Whilst in the Cotswolds Rich undertook competition work at multiple British Eventing Competitions across Gloucestershire, Wiltshire and further afield, including Badminton, and worked as Vet to the Japanese Eventing Team in their successful bid to qualify for the 2012 London Olympics. During this period he also assisted with the day-to-day work and orthopaedic issues at several Thoroughbred studs.

After a spell in the Midlands, where he continued to work frequently at BE competitions including Belton, Osberton and Hopetoun, and assisted with the veterinary cover at Southwell racecourse, Rich returned to Wiltshire in 2015 to be closer to his wife’s family. He joined the Andre Buthe Equine Clinic, where he worked alongside the Team Vets to the British Dressage Team and the New Zealand Eventing Team. In recent years Rich has worked with a wide range of horses and riders competing at all levels up to Olympic and Grand Prix, in disciplines including Dressage, Eventing and Show Jumping. He also managed veterinary aspects of the travel of New Zealand Olympic horses to Rio, and has undertaken numerous Pre Purchase Examinations in the UK and Europe.

He enjoys Pre - Purchase Examinations and has a particular interest in Sports Medicine – the investigation and treatment of lameness and poor performance. He is experienced in working closely with paraprofessionals including farriers and physiotherapists, to maintain horses in the best possible health and to enable them to perform to the best of their ability.

Rich is an FEI permitted treating vet and is working towards becoming an FEI Delegate. He is also in the process of completing a certificate in Equine Surgery (Orthopaedics). 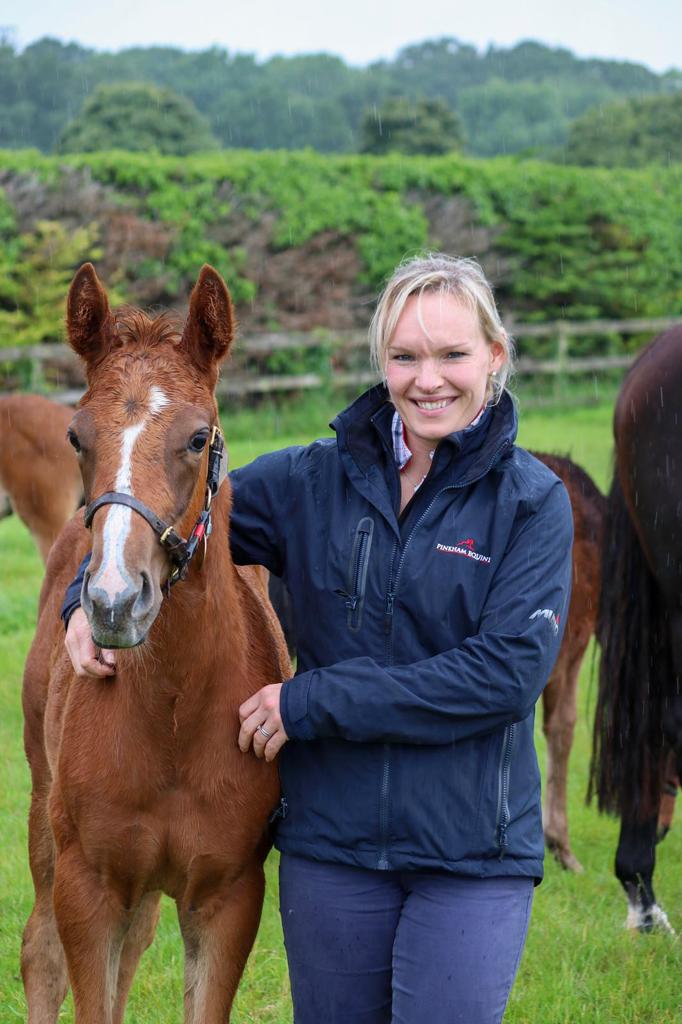 Natalie is originally from Perthshire and after spending over ten years working in the sport horse and racing industry, returned to study in Scotland. Natalie was a very keen show jumper which saw her based in the U.K, America and Canada. She graduated from Glasgow Veterinary School in 2015 having been awarded placements at Rood and Riddle Equine Hospital in Kentucky, the Hong Kong Jockey Club, Rossdales Equine Hospital in Newmarket and the famous 6666 Quarter Horse Ranch in Texas.

Since graduation Natalie has worked in a busy and varied equine practice in Aberdeenshire and as part of a large on the road team at Rainbow Equine Hospital in North Yorkshire. Just back from a breeding season in Australia working for Scone Equine Hospital on a large private stud, she has developed a keen interest in thoroughbred reproductive medicine and especially neonatal care having helped care for 240 foals and over 500 mares. Natalie is currently studying for her certificate in advanced veterinary practice to allow her to expand her interests in these areas and also in equine dentistry and lameness investigation.

Further to everyday work Natalie has spent time volunteering with equine Charities in The Gambia and in Morocco which proved to be hugely rewarding and worthwhile experiences. 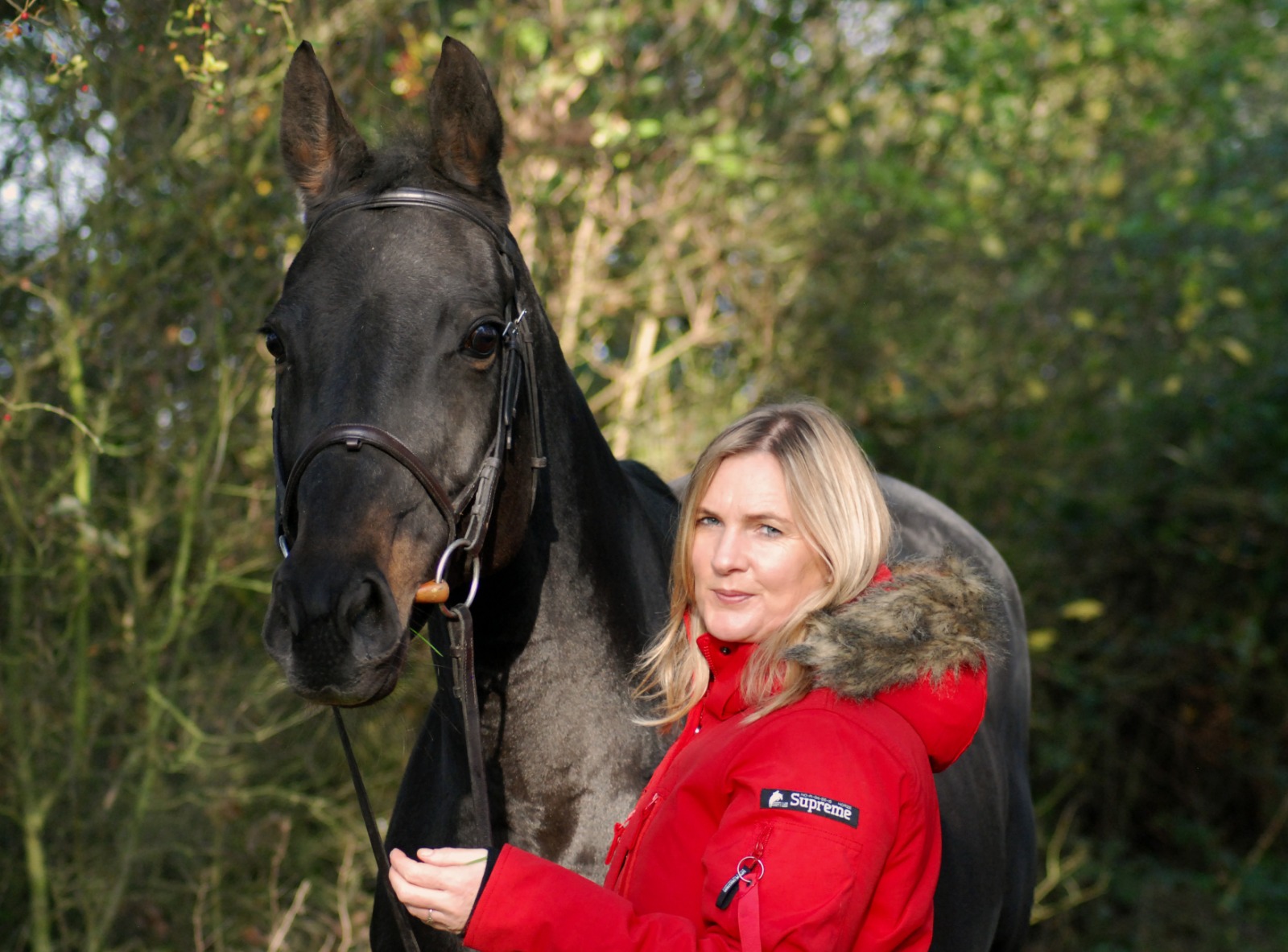 We are delighted to welcome Cath to the team. She has spent most of her career, in the veterinary world, and enjoyed over a decade in equine practice in Shropshire. She has also worked in small animal practice, the construction industry and the public sector.

Cath is passionate about life-long learning and has studied throughout her career, culminating in her MBA gained in 2005. She has signed up to commence the Certificate in Veterinary Practice Management (CVPM) in January 2021 to continue her professional journey. Cath has a keen interest in finance, team and individual development, and achieving excellence in client care. 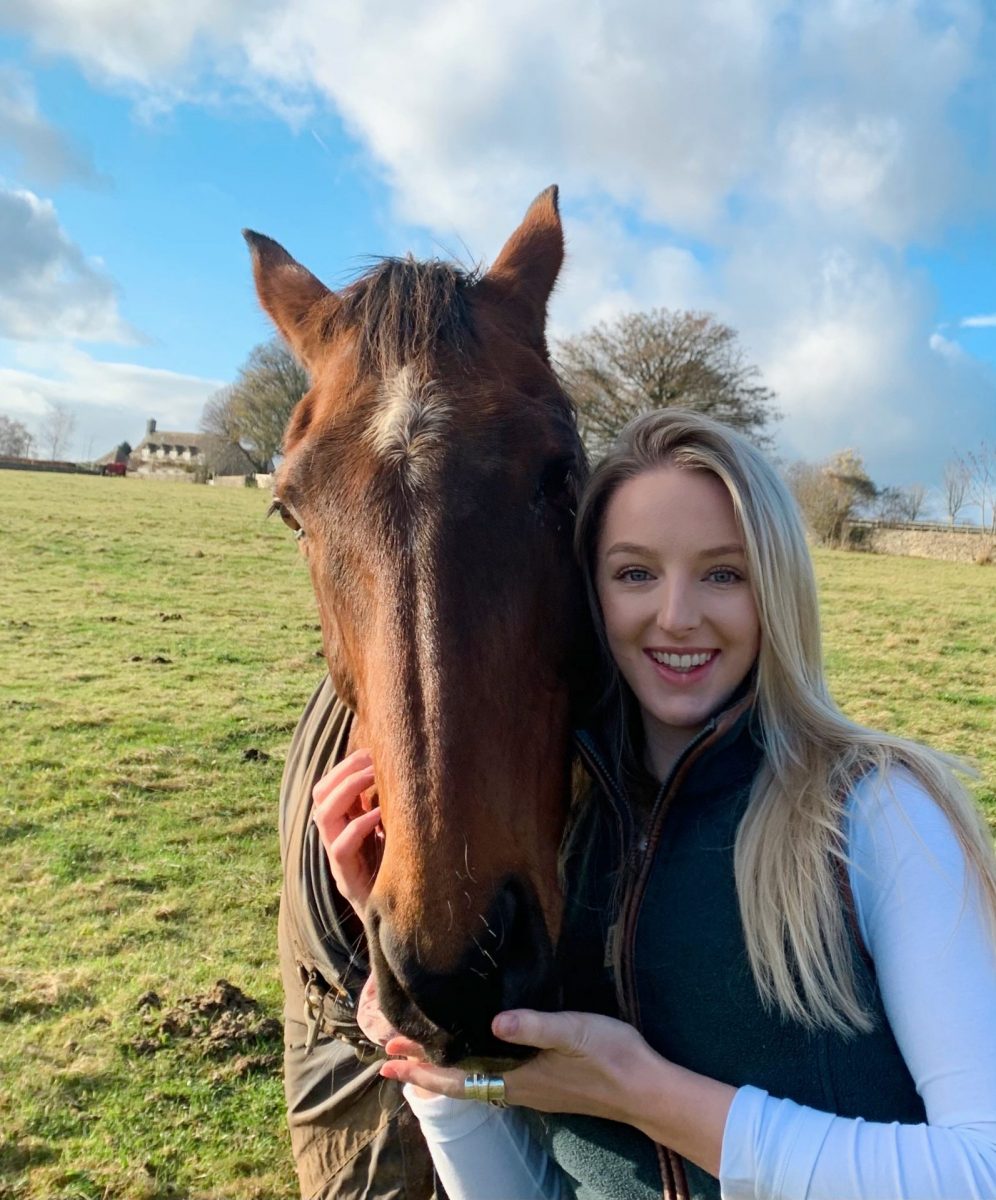 Beth is a third-year undergraduate student at Harper Adams University where she studies Bioveterinary Science. She is currently completing her placement year with Pinkham Equine and hopes to pursue a career in the veterinary diagnostics industry upon graduation. During her gap year, Beth thoroughly enjoyed working at Amberley House, a stud farm located in North Canterbury, New Zealand.